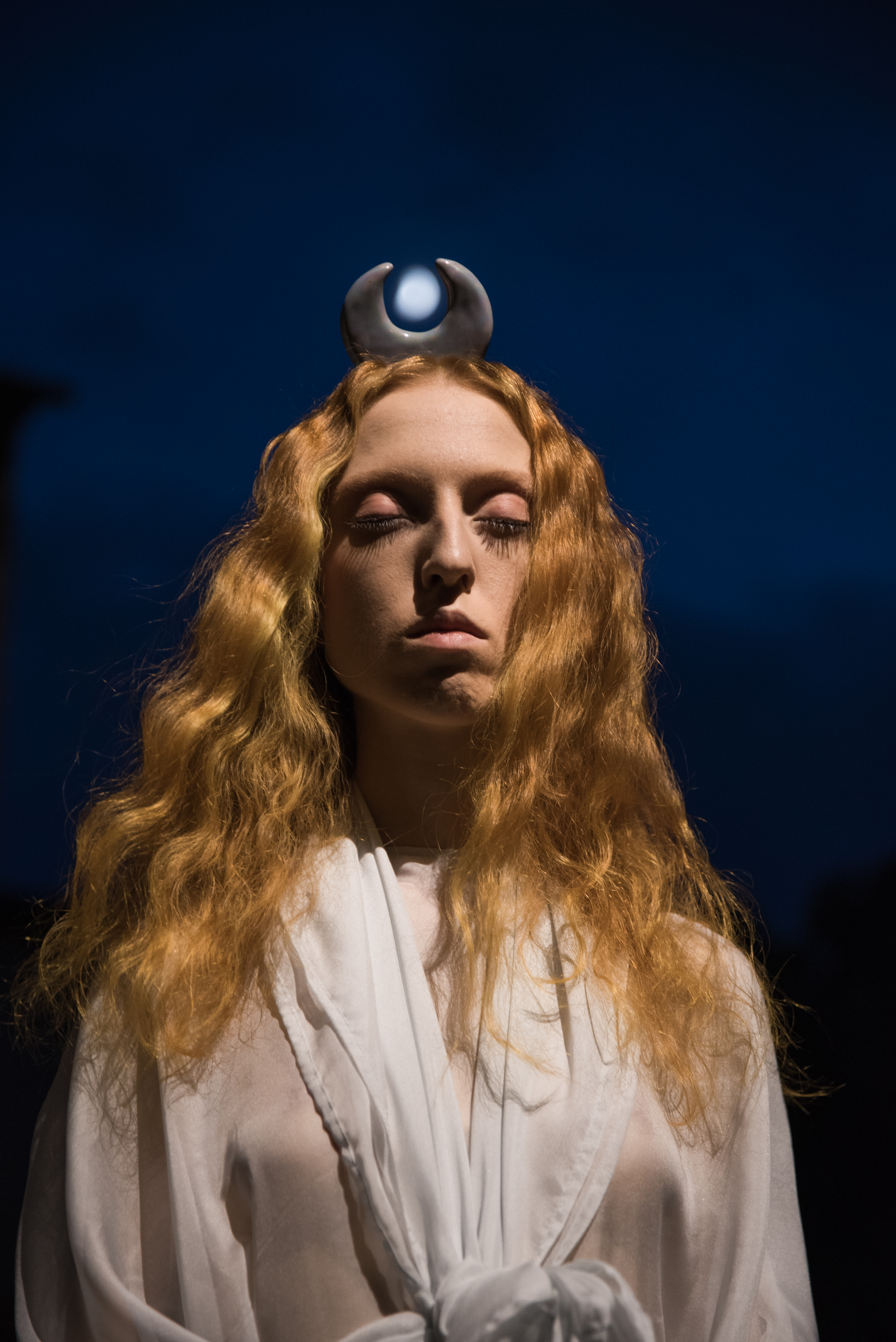 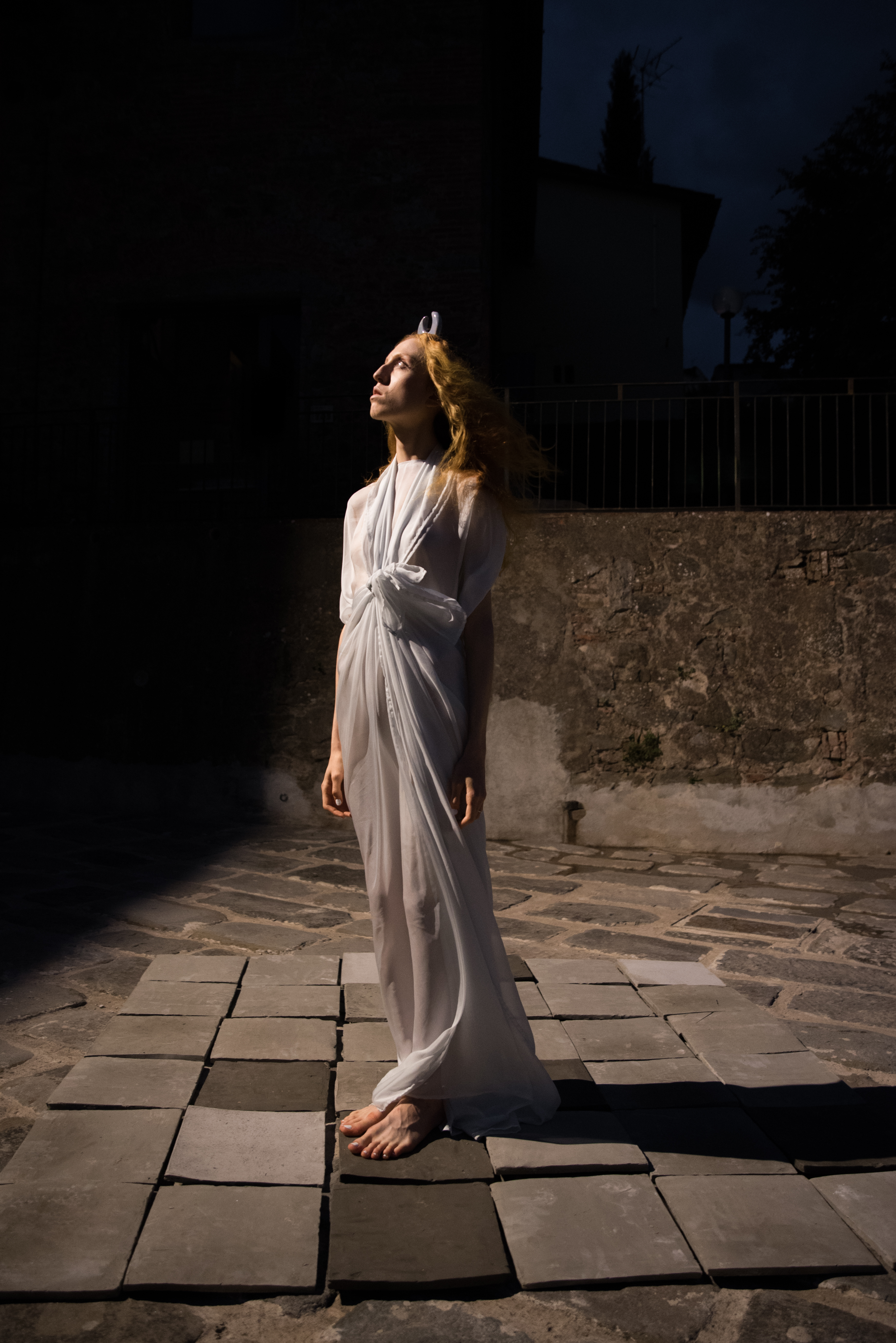 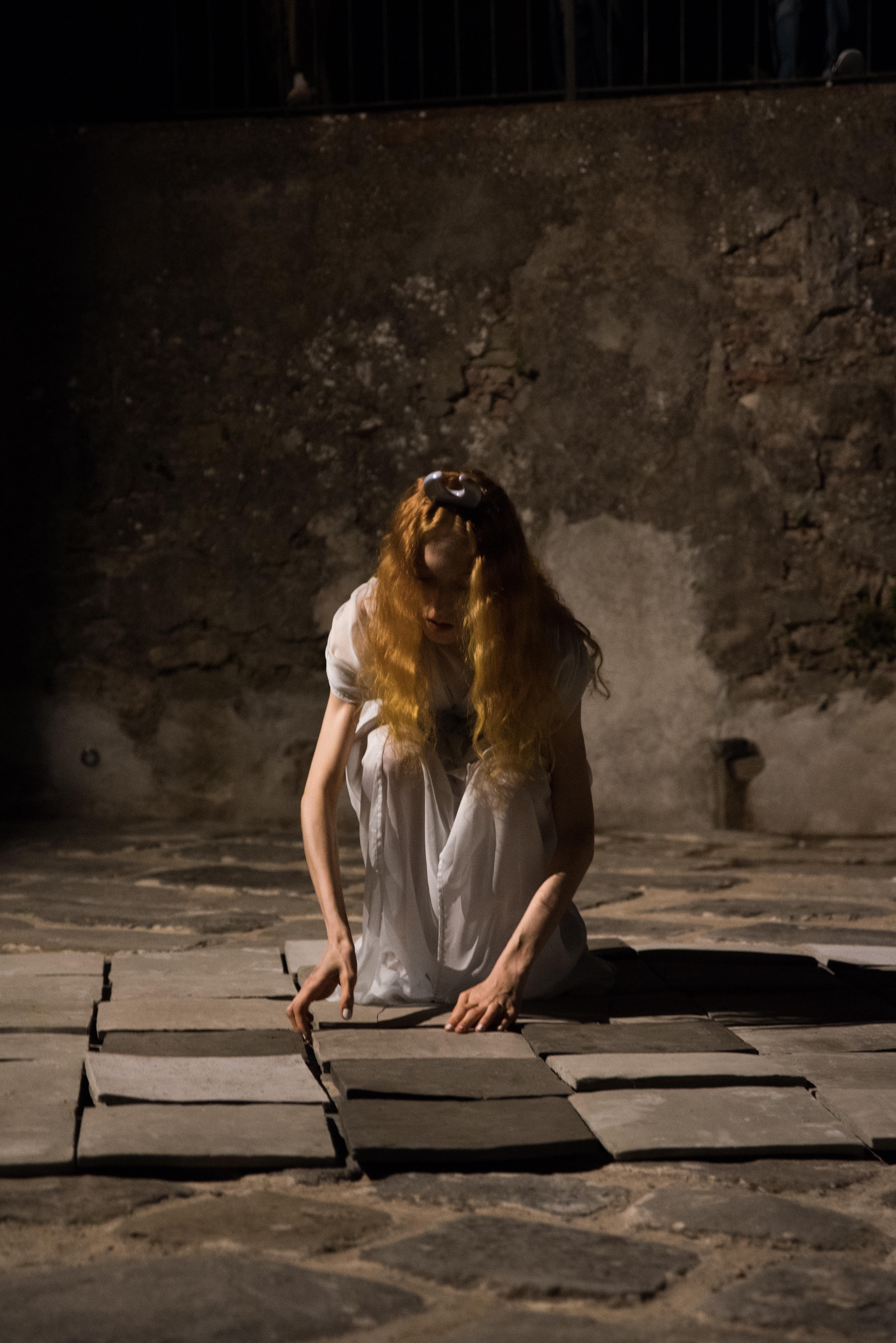 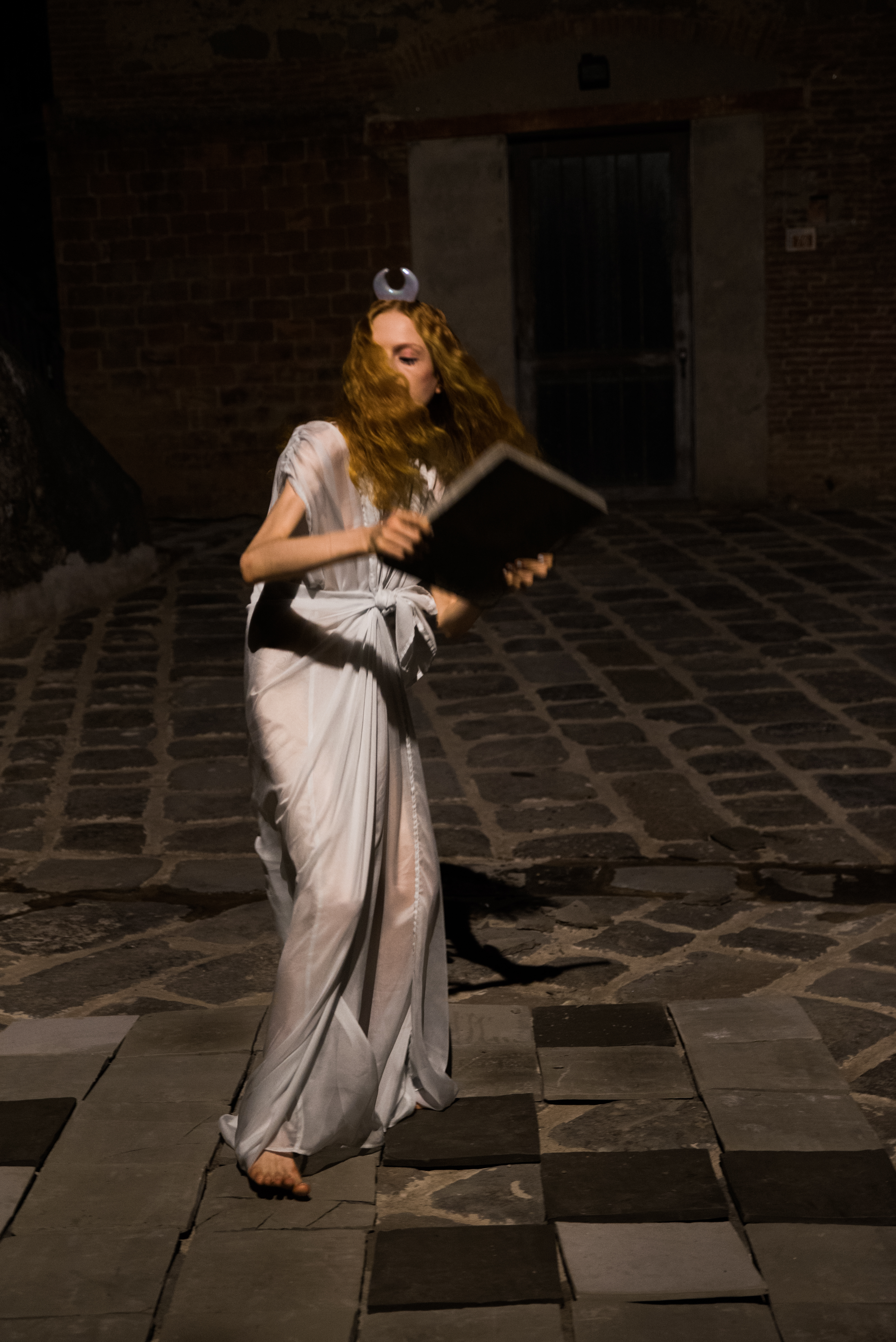 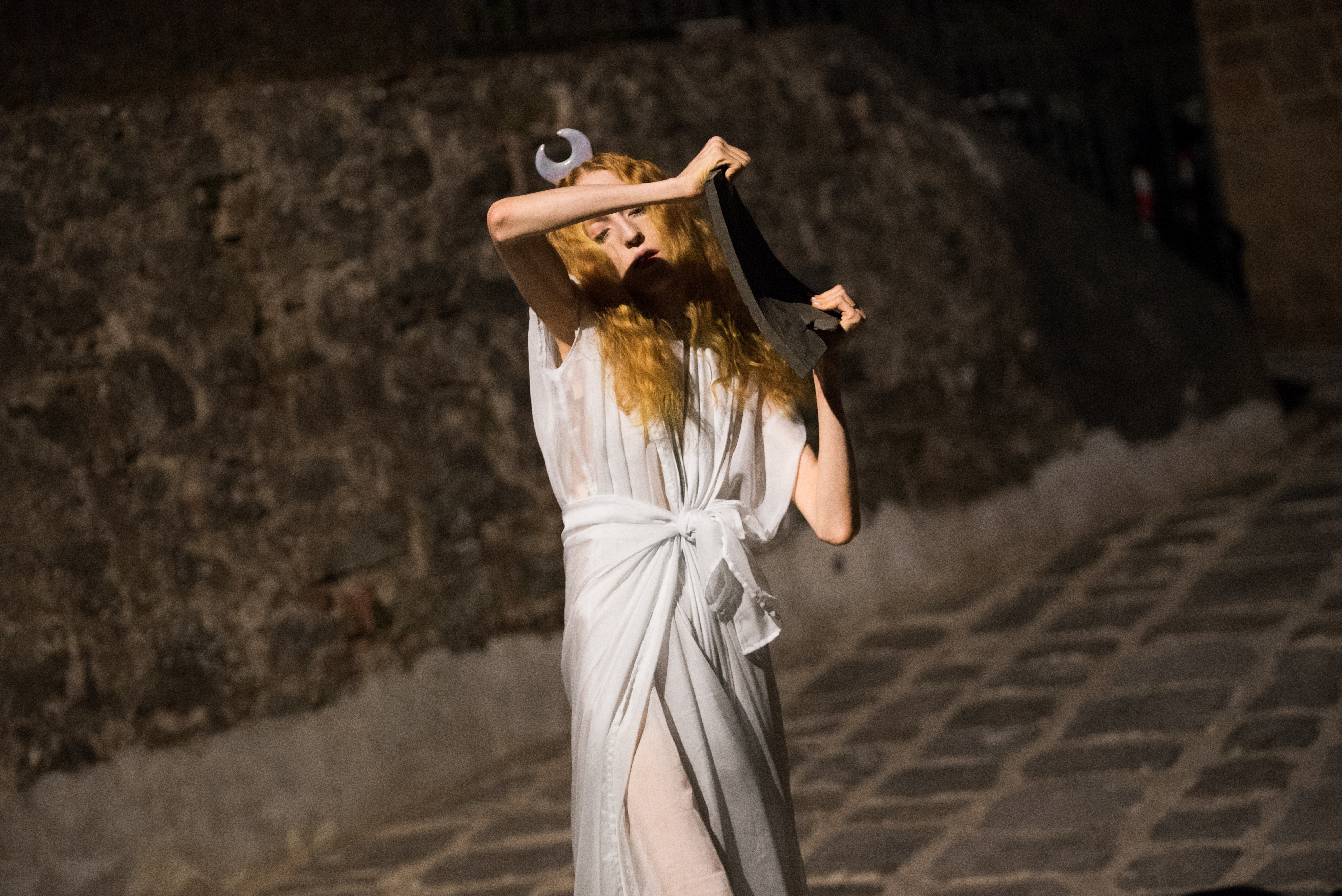 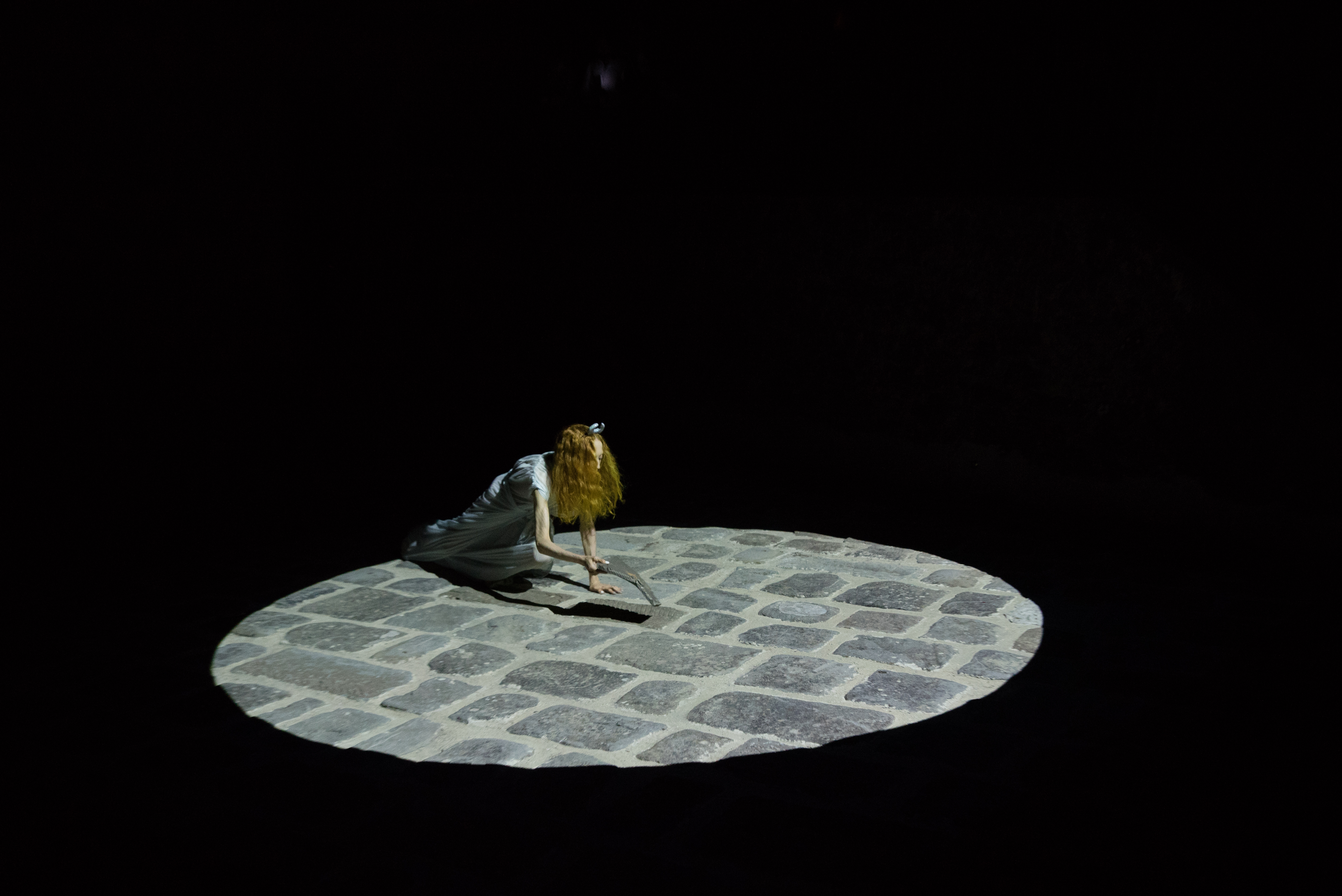 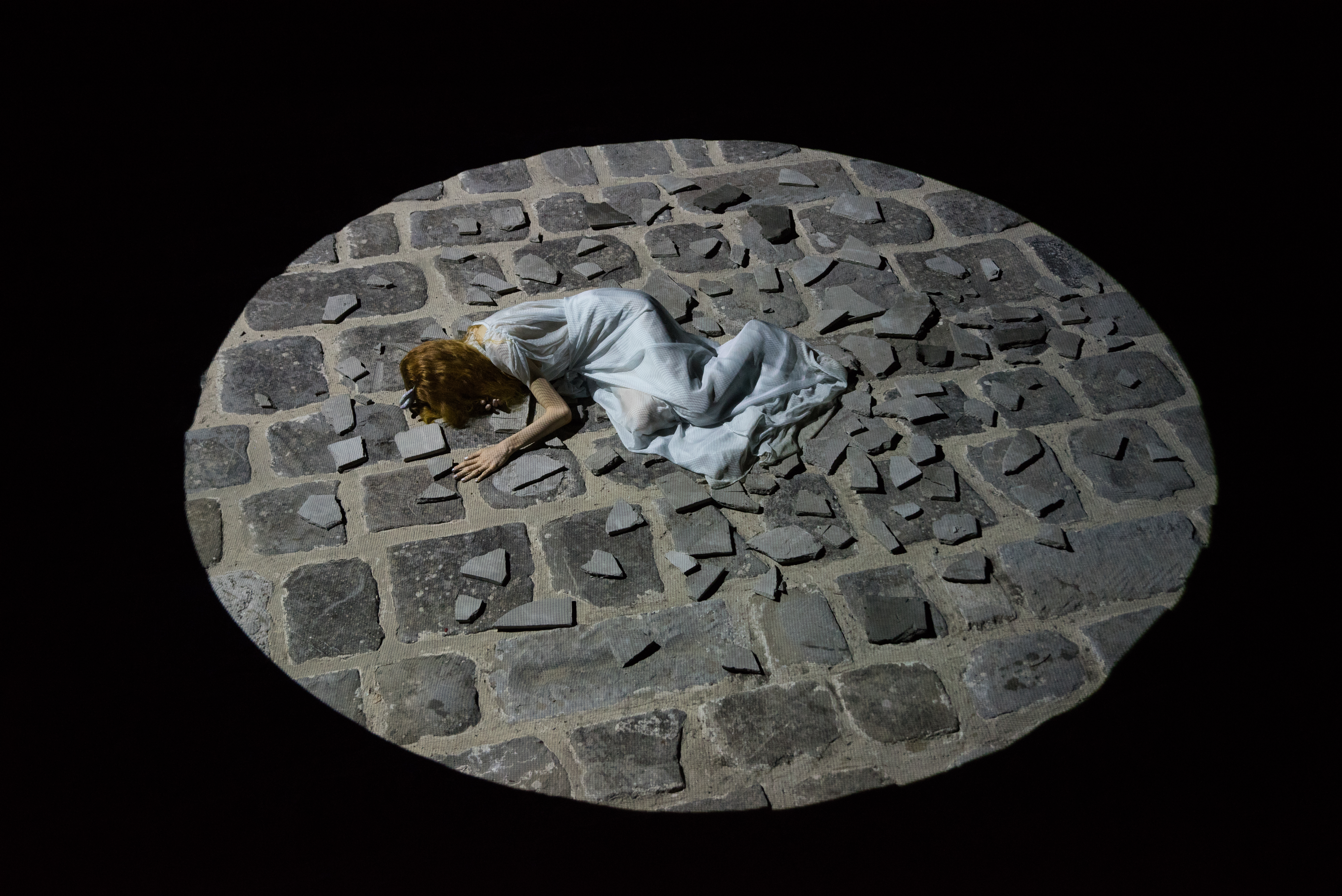 On the occasion of the Ceramics Festival, Reverie has imagined a site specific performance for Montelupo (the city to which it is deeply connected for its production of her  “oggetti da sogno”).

Inspired by the night vision of a starry sky under the open roof of Montelupo’s daily geography and by a nightmare during the days of production of new works spent in Tuscany, the artist has decided to dedicate a new dream image-action to the city in which this universe of his comes to life.

“Sogno 4: alba lunare” was born as a nightmare that turns into a collective moment of rebirth. To exorcise this time Reverie, a Selene of nowadays, has designed a performance in which the initial destruction of a moon made of raw earth proceeds towards its reconstruction.
For this work, the greatest attention was paid to the numerical relationship with the Moon and the anniversary with the period of the moon landing as scientific and historical references.

Under the title of “Sogni” we identify the performances of the current production cycle of Reverie: projects that are carried out not only for the individual but which ideally represent everyone without distinctions or geographical limits.

Also and above all on this occasion it will not simply be a “union” of individual actions but a tangible promise for the community and, following the performance, the artist will create a work of synthesis that will contain the vision of the community involved. The final artwork will be acquired by the city museum.

Special thanks to Ivana Antonini, Benedetta Falteri and Aglaia Viviani.